AAF 2019: What went wrong and what happens next following league's sudden shutdown ?

By every indication, the AAF is done for without finishing its inaugural season. Players were informed that Tuesday was their last day and football operations, initially suspended by control owner Tom Dundon, will finish after a final day on Wednesday.

Ask 10 people what went wrong and you're likely to get 10 different answers. That speaks to the complexity of the situation, but also the preconceived notions that many had about whether the AAF would succeed or fail and why. Additionally, with the league's demise happening so quickly -- for context, I attended the Arizona-San Antonio game on Sunday evening and was told by multiple league personnel that operations for the next few weeks were running business as usual -- there are a lot more questions than answers at the moment.

That will surely change in the coming days, weeks and months in the form of lawsuits, as certain matters will likely be forced to surface. Michael McCann of Sports Illustrated did a good job of breaking down the potential avenues and ramifications for any upcoming litigation. For now, here's a big-picture look at what went wrong, why, and what's next through the lens of covering this start-up over the past three months.

A poignant question. Despite all the bad press from the past couple of months, from disputed reports of financial problems to lawsuits, the AAF definitely had potential to succeed. The first month saw a lot of rough, subpar football because teams were still developing chemistry and timing. Plus, there wasn't enough top-end talent to go around at the two positions where development was most visibly needed: quarterback and offensive line. But the on-field product started to take off around the midway point in the season. Games were more exciting and overall quality of play was improving. Ultimately, the system was working, as is evident from the fact that there were players emerging who are good enough to play on Sundays. It just needed time.

Dundon wasn't willing to give it that time for reasons that really only he knows. The AAF and NFLPA were in talks to use practice squad players in the AAF, developing them in the spring so that they are better prepared and in shape for NFL training camps. Though logistical hurdles remained about player safety and futures contracts, both sides seemed to be in agreement that a deal could be made at some point in time.


That apparently wasn't quick enough for Dundon, who publicly rushed what could've amounted to years of negotiating with the NFLPA into a few weeks. Anyone with even a rudimentary knowledge of the NFL knows this stuff takes time because there's so much red tape. The way the NFL's Collective Bargaining Agreement is structured, the soonest the AAF and NFLPA could have paired was not for another couple of years.

But, at the end of the day, it's Dundon's money -- in this case, his $70 million that he's eating -- and he is able to make the calls despite pushback from AAF CEO Charlie Ebersol and Head of Football Bill Polian.

Numerous people inside the AAF, from front office personnel to coaches, expressed how utterly blindsided they were at Tuesday's news that all football operations would be suspended. Dundon's threats to potentially shutter the league, as well as laying off employees, came without warning or consultation for those contracted to work under Dundon. As of last weekend, Week 8 in the AAF's season, the general feeling was that cause for concern had passed and that business would continue on as usual. Then, Dundon reiterated Monday night that he would act on the future of the league in earnest. One AAF general manager told CBSSports.com on Tuesday afternoon that they had no idea what was going on.

CBSSports.com was told that ultimately Dundon had a different vision for the league when he took control of it than other people inside the AAF, which was one of many factors leading to his decision to shut things down.

There's not one person who carries 100% of the burden, but Dundon, Ebersol and Polian have taken it in the teeth on radio shows and social media. And, to be sure, there's blame where it's merited.

Dundon shut down the operation. There's a major question as to why he would invest so much money into only to back out less than two months later. Aside from the fact that it's his money and he can do what he wants with it, which is a huge fact, people would have jobs today if he didn't decide to shut it down. Therein lies a point that often gets lost in the macro outlook on success or failure: the people on the lower rungs of the ladder often get the worst of it. Multiple AAF coaches told CBSSports.com that the biggest regrets they have are not for themselves, but for the assistant, video, training, PR, front office and all the other unnamed staff members who stopped their lives to give the AAF a shot under the premise that they had at least a couple of years of job security. According to a letter written by the AAF Board (Dundon), final pay checks will be given this week and health insurance will run through the end of the month -- and then that's it.

And if Ebersol had to do it all over again, he would likely think twice about whether he wants to yield that much control over the company to someone, no matter how much money they can invest. One thing that doesn't make sense is the notion that the AAF was "rushed." This has been a company for three years and it just went to market with an on-field product this spring. However, the decision-making at the top, between the execution of it all and differences of visions, is what resulted in the thing going south.

Was there a financial crisis ? Is that why the AAF yielded so much power to Dundon ?

Yes and no.The idea that the AAF couldn't make payroll without him was false; there was money in the bank for employees in Week 2, around the time Dundon agreed to inject the league with cash. The payroll issue was -- and hold your "Office Space" jokes, please -- a glitch in the system that resulted in some players not receiving their paycheck on the day they normally got it. However, one GM told CBSSports.com later that any errors in the system had been fixed. The timing of this issue coupled with Dundon's arrival created a juicy narrative that wasn't quite how it was portrayed.


That being said, Dundon was indeed brought in because of concerns about long-term liquidity. As a successful businessman with a variety of ventures, including ownership of the Carolina Hurricanes, he was an attractive option for the AAF. With $250 million, which is what Dundon initially pledged to infuse, he would give the league the three to four years of stability it had promised to its employees.

The fact that Dundon was needed -- the term "godsend" was used by sources more than once -- certainly raises legitimate questions about the league's cash flow and expenses. CBSSports.com was told by a source that multiple vendors had not been paid when Dundon arrived. As part of the agreement, Dundon was named the Chairman of the AAF's board, but the reality is he was the board. The caveat of his investment was that he would make decisions based on the business model he had in mind for the league. That includes where and how his money is spent.

Did Dundon essentially buy the AAF to obtain app technology ?

Let's put this rumor (and other rumors) to bed. CBSSports.com was told that Dundon did not become control owner of the AAF to essentially steal the technology in the league's app that could be used down the line for betting or fantasy football purposes. For all that Dundon controls, he does not have the intellectual ownership of that asset. If he were to try to use it for himself later, there would be litigation to follow.

Furthermore, the idea that the XFL is involved with the AAF's demise is a stretch, to say the least. XFL owner Vince McMahon has a history with Charlie Ebersol's father, Dick, from their days at NBC Universal. The two families remain close, and the XFL and AAF were never meant to be competing leagues. In fact, a source close to the AAF told CBSSports.com that the two leagues had been in discussions about a possible merger.

Can the AAF be saved ?

It seems unlikely, but it is possible. A letter sent to employees on Tuesday from the board (i.e. Dundon) notifying them of their termination did leave the door open for a possible second season. "We expect to keep a small staff on hand to seek new investment capital and restructure our business," the letter said. "Should those efforts prove successful, we look forward to working with many of you on season two. As a follow up to this communication, we will reach out to the personnel who will be involved in that continuation effort."

It's not clear where that new source of capital investment would come from, and how the AAF would be restructured. CBSSports.com was not able to confirm any names that would be interested in being a new source of capital for the league. While the AAF has not technically folded yet, there have been no signs of it coming back to life. 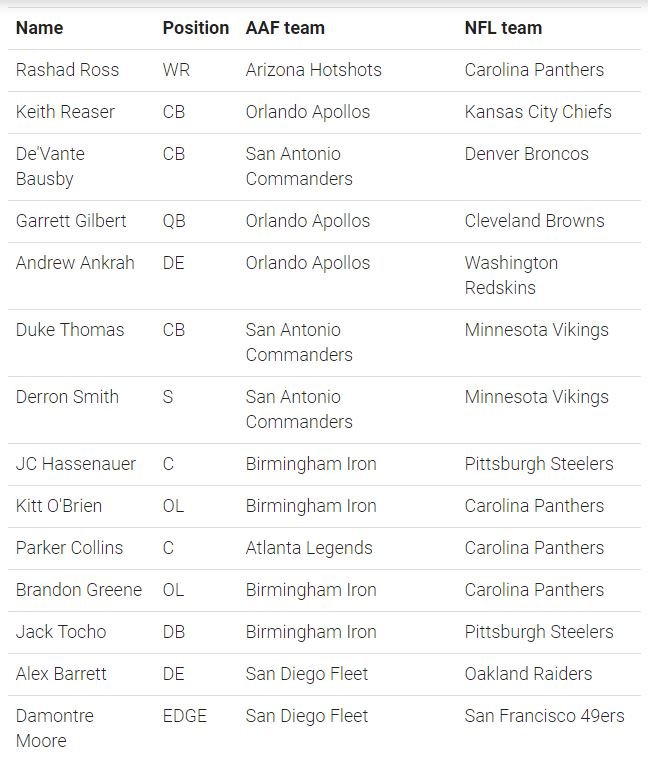 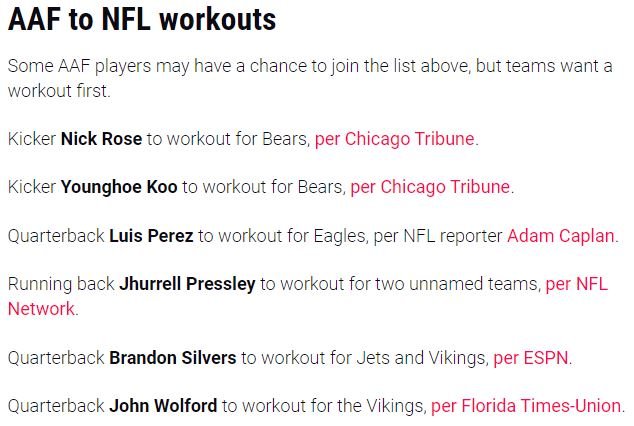 Re: [ AAF ] Alliance of American Football 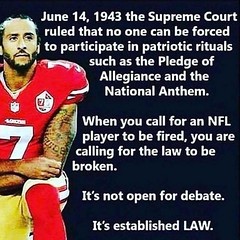 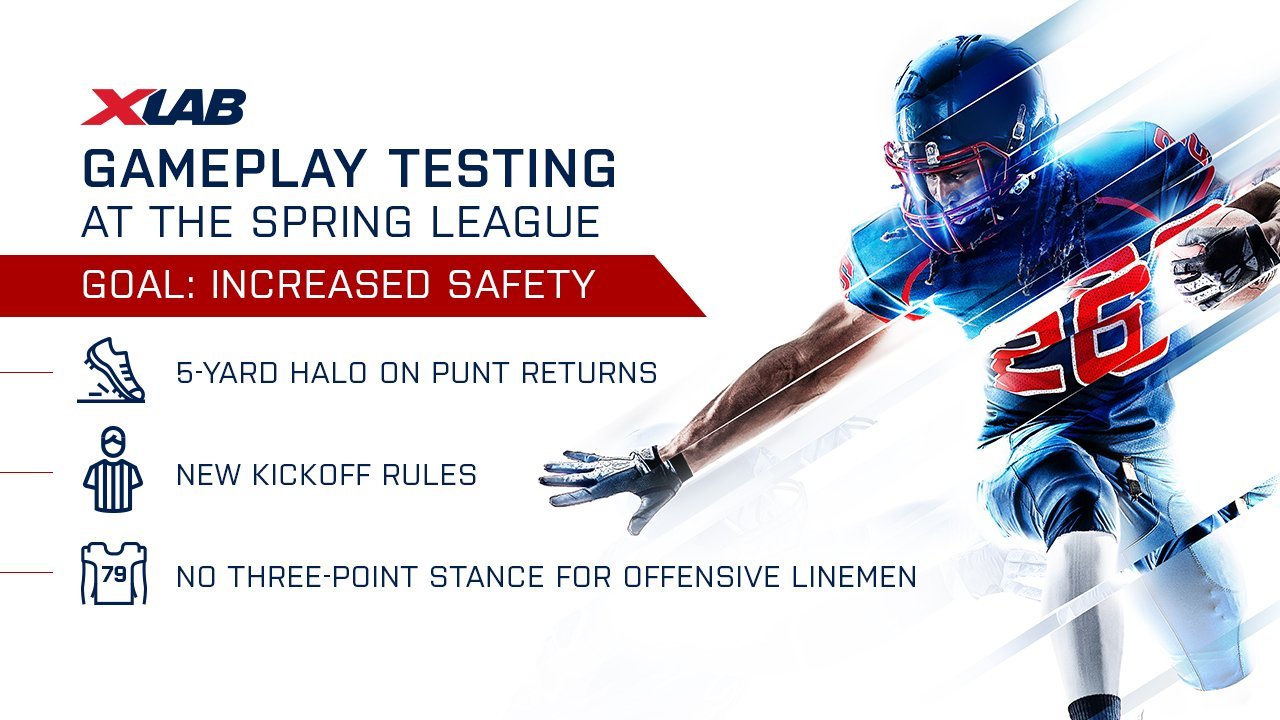