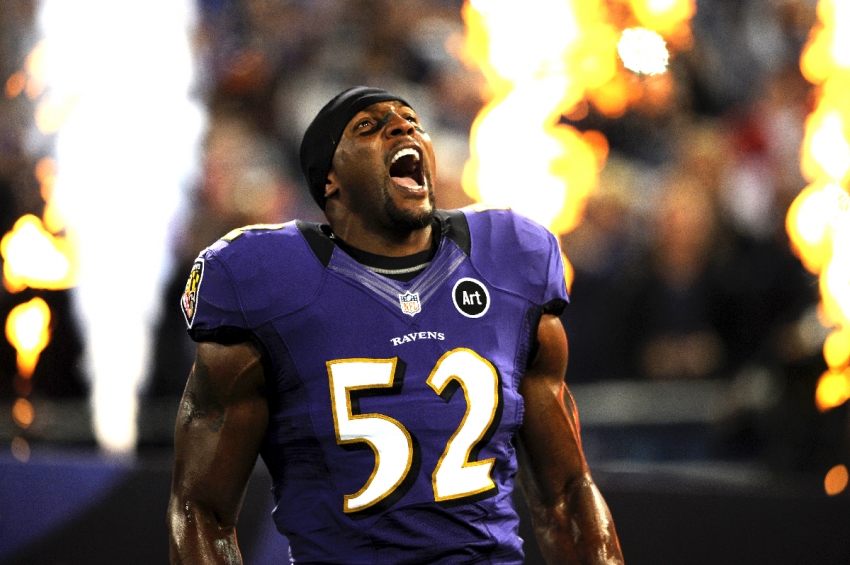 Ray Lewis is going into the Hall of Fame, first ballot of course, and even that doesn't seem like a big enough honor. He's going in with Urlacher and though they played the same position the disparity between the two's greatness beckons for another higher tiered Hall to be created. Which would still feel like a form of sacrilege to the game. Ray was the perfect football player. Athleticism, leadership, instincts, intelligence, drive, passion, commitment, durability, longevity, loyalty, bravery, violence, indomitability, accountability, and above all else hunger.

Ray was the sun that gave this franchise life, as well as sustained it. From the moment he got here he established a culture and gave a newborn franchise a lore it took some clubs decades upon decades to imprint, and one others are still trying to obtain. We all saw it. We all saw Ray breathe energy, passion, confidence, and hope into teams and players that never should've been arrogant enough to have it. He made everyone around him better, and convinced them they were a step away from glory every single play. For all the players we hear that about, Ray's the one where it's real and the praise still isn't enough.

Even if we were hyper aware of what Ray brought to the team, and many of the fans are. Still, we're humbled every time we watch our defense go out and play. We watch great defensive performances and always know there's another level. There's another level to everything we're seeing. Ray Lewis redefined what it means to be a leader in sports. Nothing could shut Ray down, play in and play out for 17 years. His feel for the game surpassed any other player in history, he knew what kind of motivation and leadership was required for every moment and every varying situation.

If you asked the most brilliant minds to ever grace the game, "Who would you pick, one player, to start a franchise with"?.......It would be a whole lotta QBs and....Ray Lewis. His greatness as an individual player and also a leader is enough to trump the necessity of sport's most valuable position. Ray is stand alone, with other great players there's asterisks for coordinators, coaches, situations, not him though...not Ray Lewis.